The science behind giving CBD and cannabis to cats and dogs

Agrowing number of pet owners are using cannabis-derived products containing high doses of cannabidiol (CBD) and low or negligible doses of THC to alleviate pain, seizures, and other conditions. But what’s known about the science of cannabinoid medicine and pets?

Unfortunately, not a lot. But there are a few things to be learned from the science of cannabis and dogs and cats, even as the field emerges from decades of neglect.

As with humans, the question of using medical cannabis to improve the health of a dog or cat is a complicated one. There isn’t a lot of solid, peer-reviewed research examining its safety or effectiveness. That’s slowly changing, though, and the science of cannabis and pets recently took a big leap forward. In July 2018, the first clinical study examining the effects of hemp-based cannabidiol on arthritic dogs was published in Frontiers in Veterinary Science, a leading international journal. The results were extremely encouraging.

That study, titled “Pharmacokinetics, Safety, and Clinical Efficacy of Cannabidiol Treatment in Osteoarthritic Dogs,” was led by Dr. Joseph Wakshlag of Cornell University. Wakshlag and colleagues measured the effects of a particular hemp-based cannabidiol product—ElleVet Sciences’ proprietary hemp oil blend—on pain and arthritis in a small sample of dogs.

The results were remarkable: More than 80% of the dogs in the study saw significant decrease in pain and improved mobility.

That’s only one study, though. As promising as it is, nobody should rely on a single study to decide on the right path for them and their dog or cat. And unfortunately, when it comes to pets and cannabinoid-based medicine, only a small number of studies have ever been published. (A search of the leading medical research databases turned up a grand total of four.)

Understanding the political, ethical, and scientific implications of using medical cannabis and hemp in animals is more urgent than ever, and there’s a lot to unpack.

You should know this up front: In most states, a veterinarian is not allowed to prescribe or recommend a cannabis product for your pet, regardless of the vet’s personal or professional opinion. Each state has its own veterinary board, and that board adheres to federal law concerning medical cannabis.

Even in California, where state law makes cannabis legal for all adults, the California Veterinary Medical Board clearly states: “There is nothing in California law that would allow a veterinarian to prescribe, recommend, or approve marijuana for treating animals. Veterinarians are in violation of California law if they are incorporating cannabis into their practices.”

weadic spoke with Dr. Gary Richter, a veterinarian based in Oakland, CA, about this issue in 2017. At the time, Richter had mentioned an online petition he was working on to get a “compassionate care” law for animals in his state. Recently, Dr. Richter confirmed that a bill of this sort has recently passed through the state legislature and was signed into law by Gov. Jerry Brown. 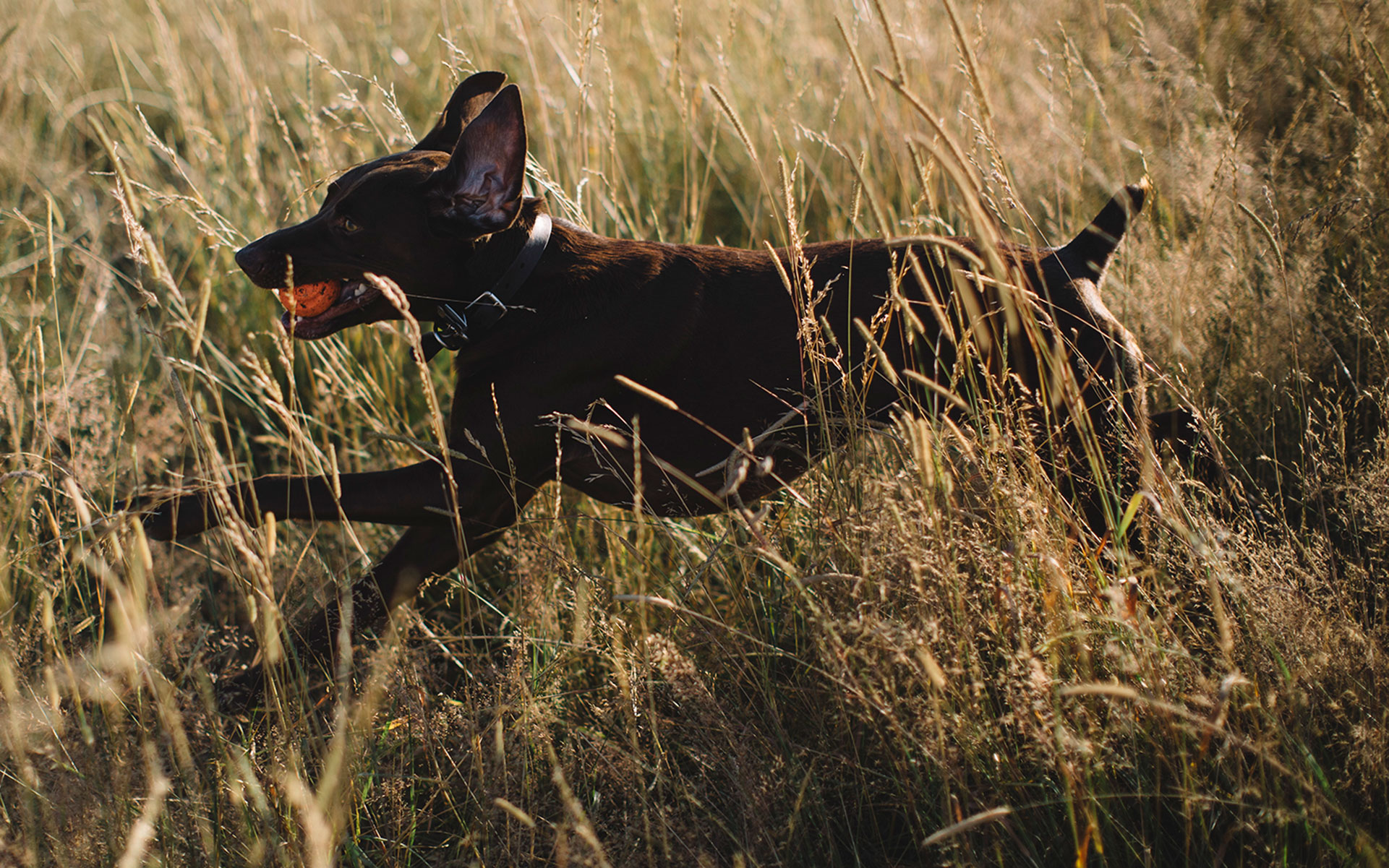 Administering CBD medication for arthritis, specifically formulated for dogs, is one of the most common uses of cannabis for pets.

“I’m happy to report it was signed on Sept. 29,” Richter said. “It goes into effect Jan. 1 next year. The bill was far from perfect but it is a huge step in the right direction and the first of its kind in the nation.”

Richter says he’s spent the last year in the political sphere, advocating to allow the use of medical cannabis for pets because he’s seen first-hand the benefits of its use. And yet, under current California law, veterinarians risk having their licenses revoked if they actively recommend a medical cannabis product to an animal’s owner.

“Almost anything that cannabis would be used for in a human, from a medical standpoint, has the potential to be equally as valuable in dogs or cats,” Richter said. “Pain, inflammation, arthritis, gastro-intestinal related things, stress, anxiety, seizures, cancer, you name it. We’ve seen the benefits in all of these areas. But if a vet talked about cannabis for pets, they literally did so at their own peril as far as the Veterinary Medical Board is concerned.”

It’s even worse in states where cannabis is illegal for any purpose. For instance, contributing her own data to cannabis research has been almost impossible for Dr. Dawn Boothe, an internist and clinical pharmacologist at Auburn University in Alabama, according to an article published earlier this year in VINNews, the web site of the Veterinary Information Network.

“At Auburn University in Alabama, Boothe, the clinical pharmacologist, has had difficulty getting her clinical work off the ground, owing to the legal morass,” wrote reporter Edie Lau. “Alabama is one of 20 states where marijuana remains illegal for any purpose, although the state in 2016 created an industrial hemp research program overseen by its agriculture department.”

The DEA’s position on cannabis is clear: The agency holds that all cannabis-derived products, including CBD, are subject to the same restrictions as marijuana with substantial THC content. That means researchers are forced to jump through the additional hoop of applying for a federal permit to handle a controlled substance. Which makes it all the more difficult to conduct research on cannabis.